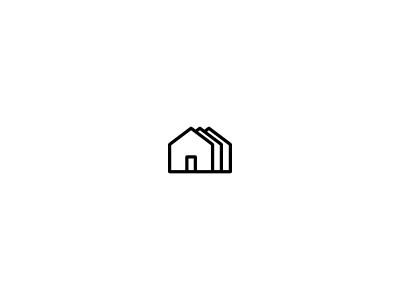 Mobile vs Manufactured vs Modular vs Park Homes

Mobile, manufactured, modular and park homes are similar in many respects, but they are different in other ways. While all four offer affordable quality housing with many options available for buyers and a quick build time, there are several other important differences which we will explore in this article.
Let’s explore modular vs manufactured home ideas and details. 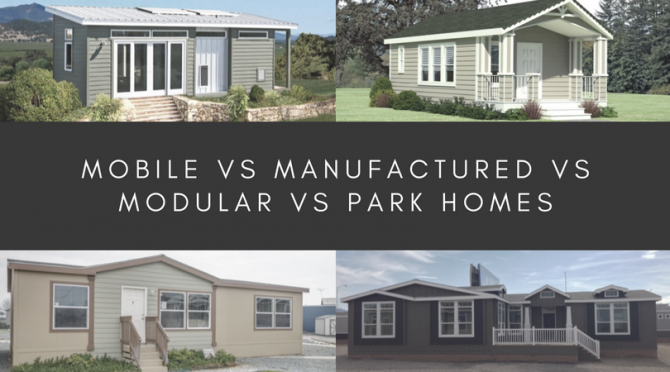 Mobile homes also known as trailers are homes on wheels that prior to 1976 were mass-produced with little building regulation and control from the government. They mostly looked like modern day campers with an exposed trailer coupler and wheels that make the home easily movable.

People, during and especially after the war, were in need of affordable housing that also let them change location if the job or its absence required it. So an affordable and efficient solution was offered by the government - mobile homes.

Just in the 1950s mobile homes gained their name. Before this period they were called ‘trailers’. The need for a name change appeared when in the same 1950s people started to associate trailers with poverty. The industry stepped in and tried to fix up the situation. Though the name has changed nothing else has. The homes were still assigned VIN numbers and financed almost the same as cars.

As more and more people started to live in mobile homes permanently, they became larger in size with more amenities and definitely more comfortable. The industry in 1974 stepped in again and restricted the standards for building ensuring the quality of mobile homes so people can safely use them as permanent residences. Currently, these standards are known as the HUD code. In 1976 regulations went into effect and the name ‘mobile’ was changed again. This is when the manufactured homes were born.

Homes that are built after 1976 are no longer called mobile homes. You should now use the term ‘manufactured’. There were some standards that also changed with the term.

The major difference between manufactured, mobile, and modular homes is the way that they are constructed.

Manufactured homes are completely constructed in a factory and then transported to the home site. Once they arrive at their destinations, they are indistinguishable from site-built homes. They are usually not moved again.
They are built according to federal construction codes from Housing and Urban Development (HUD).

Modular homes are also built in factories, but are governed by local state building codes (although sometimes states will adopt the federal code). Modular homes are either built on a permanent chassis or on a temporary one. Homes built on a permanent chassis are referred to as being “on-frame” and those built on temporary ones are referred to as “off-frame.” Whether a home is built on- or off-frame will affect how the home is assembled at its destination site.

Park homes are a relatively new phenomenon and it is just starting to gain its popularity among other factory built homes. This type of home is built according to the RV industry code but usually in the same factories that produce manufactured homes, so the same rules for quality and modern design are applied.

As mentioned above, modern manufactured homes are very different from mobile homes. These homes are built entirely inside factories, where the environment has climate control, therefore, no weather delays may appear.

There are countless options to customize these homes. Now you can choose everything before the workers actually start constructing your new home. All kinds of floor plans, windows, colors, amenities, etc are available.

When looking at purchasing a modular home vs a manufactured home, most of the changes are structural. Both manufactured and modular homes have come a long way in recent years in regards to home design options. 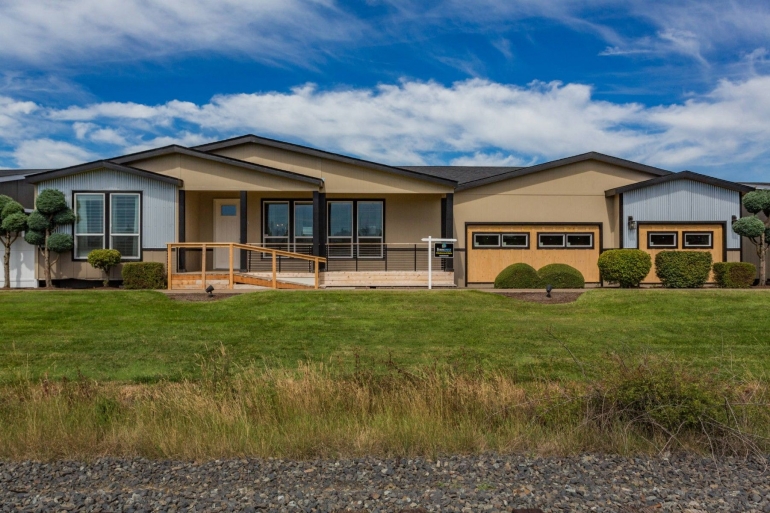 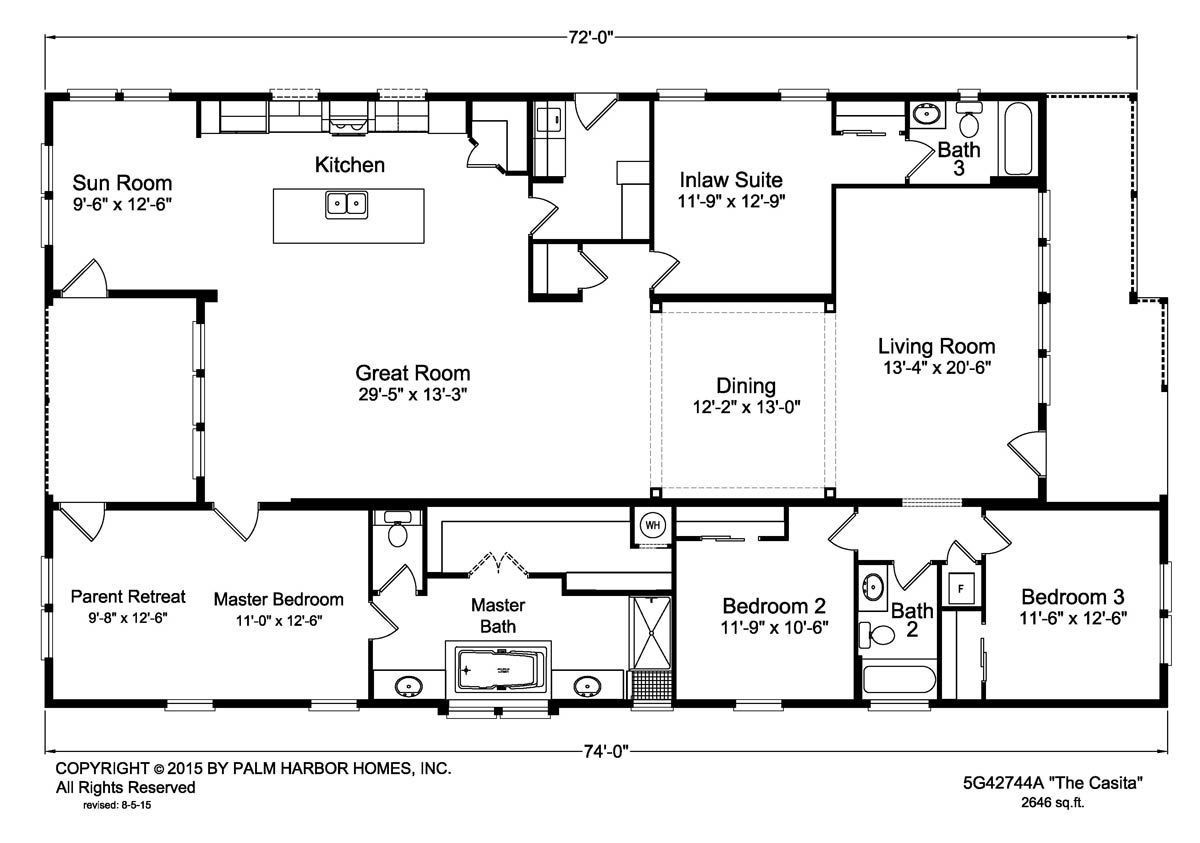 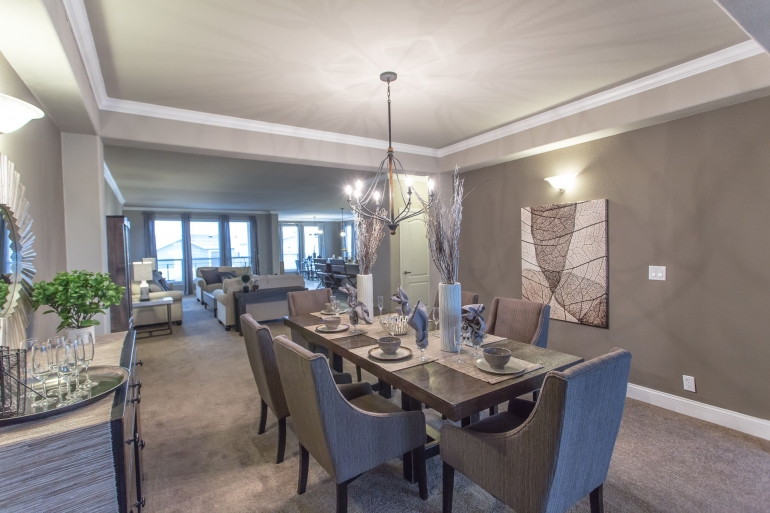 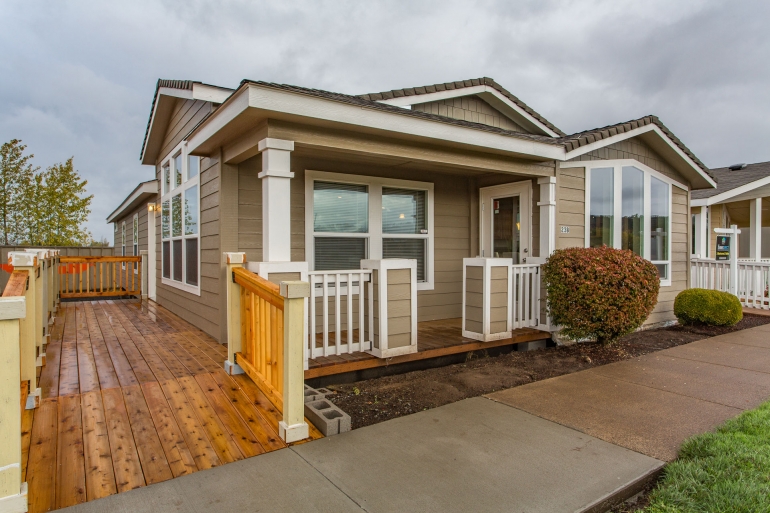 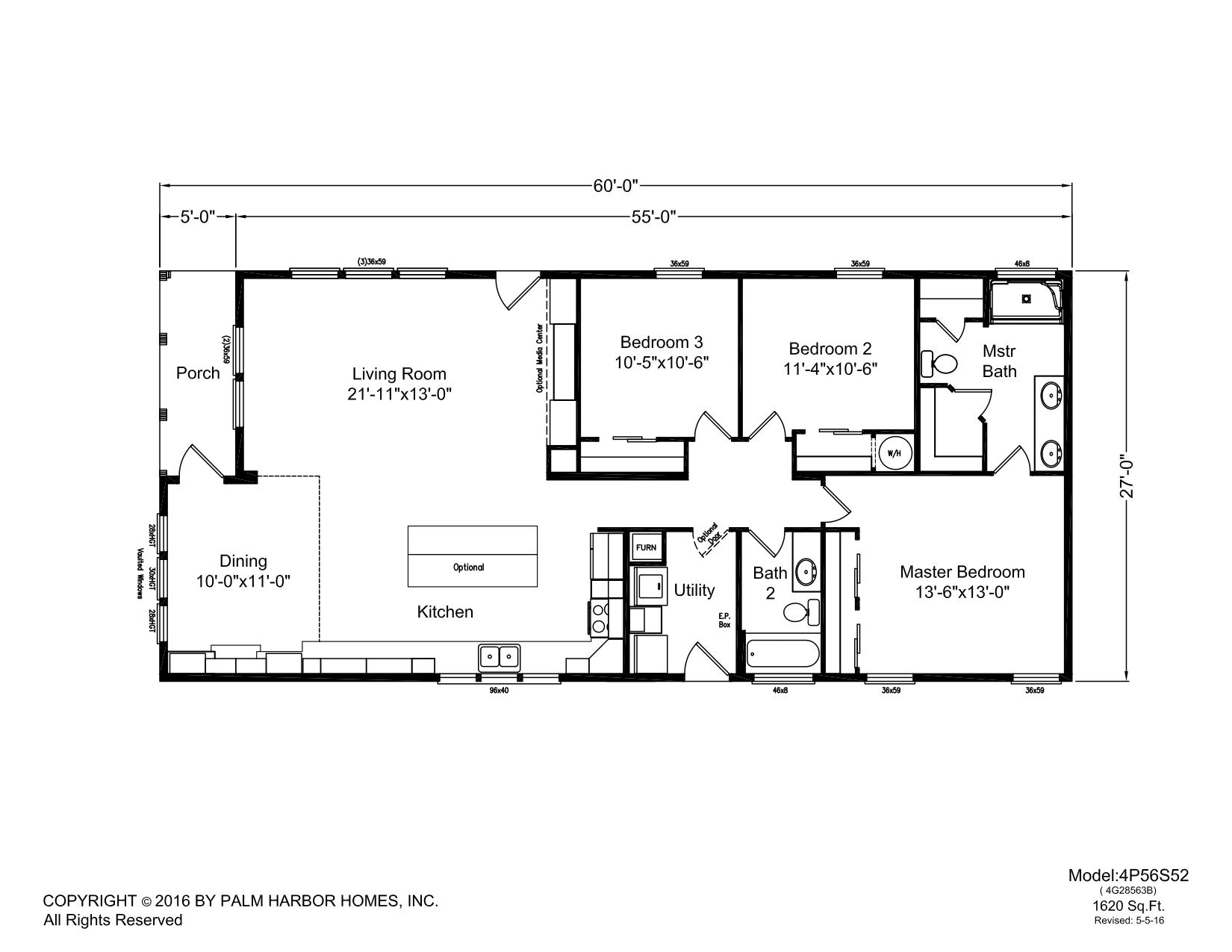 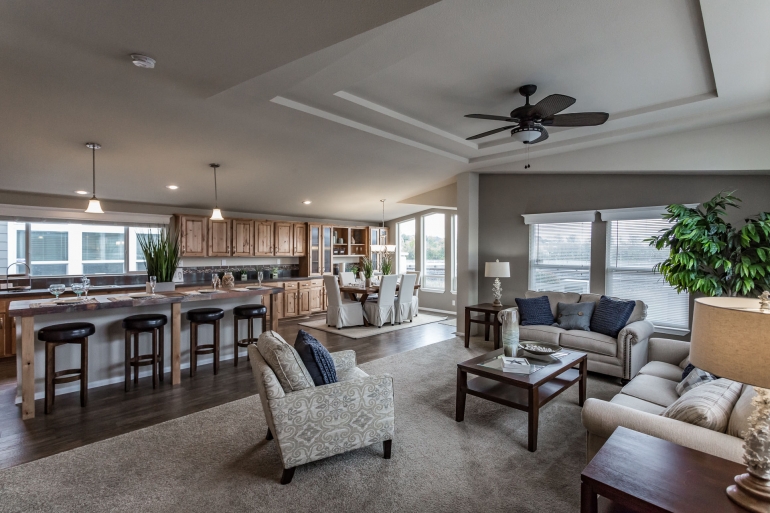 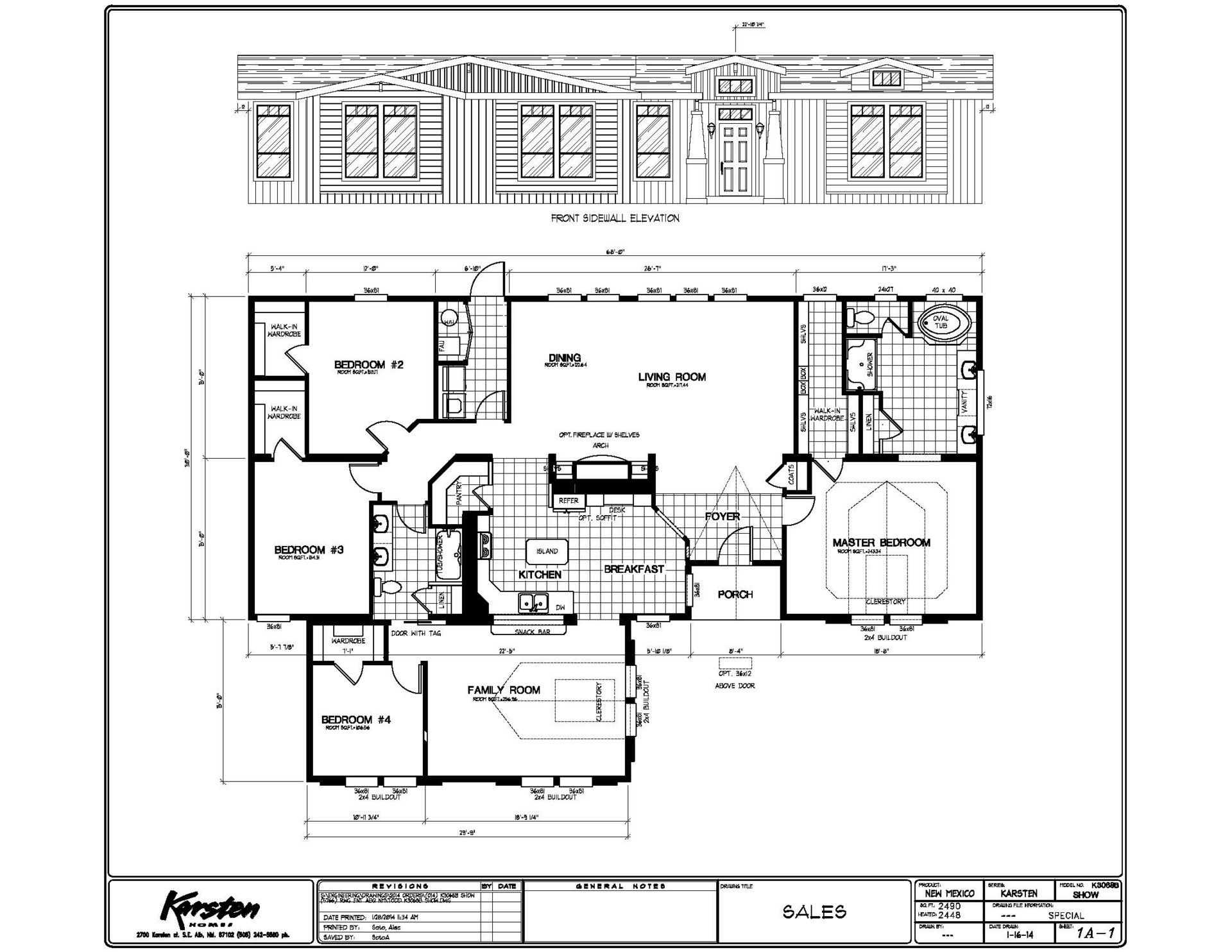 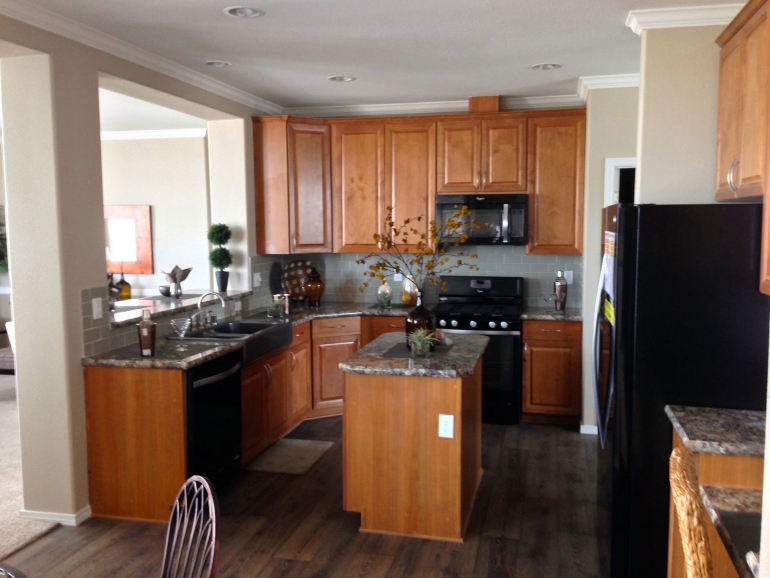 Homes undergo multiple inspections during the constructing process to ensure the high quality of a building unit.

After the construction ends the home is transported to the site and installed. It can be put on blocks, metal piers, the basement, as well as the permanent foundation. In order to hide blocks further skirting can be added. It can be relocated later, but not as easy as a mobile home, now you will need the help of a setup and delivery of manufactured homes contractor.

Modern manufactured homes can often be indistinguishable from site-built homes.

The HUD code includes many regulations and among them are the following:

Here you can find more detailed information on manufactured housing codes, regulations and requirements for the states we operate in:

The modular home definition has always been a question many are interested in.
These modules are constructed in a factory and then transported to the site, where they are set up. These homes are installed on a permanent foundation and aren’t movable as discussed.

Some more differences on modular home vs mobile home is that these modules can be placed end-to-end, side-by-side, or stacked. This allows modular homes to be highly customizable.

Appraisals, home loans, insurance, and taxes are the same for modular homes as for site-built homes.

Modular homes are also considered a form of green building and build a way faster than site-built home with a lower waste of materials. They can be built to withstand 175-mph winds and they are energy efficient.

As mentioned above modular homes are highly customizable. You can choose every detail starting from a number of modules and windows, ending with any architectural detail. These homes can be recognized by a small metal tag on the outside of each section, or in kitchen cabinets and bedroom closets, or the details about the home written in the electrical panel box.

And finally, a park home or better to say a park model PMRV. This is a relatively new phenomenon and it is just starting to gain its popularity among other factory built homes.

Park home is neither an RV nor a manufactured home. This type of home is built according to RV industry code but usually in the same factories that produce manufactured homes, so the same rules for quality and modern design are applied.

The Recreation Vehicle Association (RVIA) defines park model RVs as a unique trailer-type RV that is designed to provide temporary accommodation for recreation, camping or seasonal use. RMPVs are built on a single chassis, mounted on wheels and have a gross trailer area not exceeding 400 square feet in the set-up mode.

Still, they are primarily designed for a long-term or permanent placement at a destination where an RV or mobile homes are allowed - trailer parks, mobile home parks. When setting up, park models are connected to the utilities necessary to operate home style fixtures and appliances.

You should always remember that your choice of a home depends on your budget and your preferences.

Many buyers prefer to purchase manufactured homes because they are less expensive and subject to strict federal government quality control procedures that are not imposed on the modular, mobile or park homes. Also, more floor plan options are available for a manufactured home. This is what makes a manufactured home an overall good choice for them.

1. Is a manufactured home the same as a mobile home

Mobile and Manufactured homes are nearly the same in different names. Homes that are built after 1976 are no longer called mobile homes. You should now use the term ‘manufactured’. There are a couple of construction differences that is the reason both terms are still used as they are considered to be different.

Park model homes, although considered recreational vehicles, are transportable and primarily designed for long-term or permanent placement at a destination where an RV or mobile home is allowed.

3. What is the difference between modular home and mobile home

Mobile homes are built under the HUD construction code, first established in June 1976. HUD Determines the wind, snow, and energy loads that the home must meet.  Modular homes are also built in factories, but are governed by local state building codes (although sometimes states will adopt the federal code).

4. What's the difference between manufactured homes and mobile homes

As mentioned above manufactured homes are the new term for mobile homes or let’s say the new version of mobile homes. Homes that are built after 1976 are no longer called mobile homes.

5. What is considered a modular home

Modular homes are constructed inside building facilities and then transported to the home site. For site-built and modular homes, home building standards vary by state and also by local government bodies such as counties, cities or townships.

6. Is a modular home considered a manufactured home

No, as manufactured homes are constructed by the regulations of the national HUD code, while modular homes are built to all applicable state and local building codes.

7. Which is better modular or manufactured home

Manufactured homes are more affordable because modular homes are built to a more rigorous building code that increases the cost of the home. However, modular homes are recognized by most lenders as a site-built home which enables a buyer to obtain more favorable financing terms and appraisals.

Ray Gritton has been in the manufactured housing industry for over 40 years when he started his first dealership in Modesto in the 1970s. Since then he has worked for large corporations in charge of hundreds of dealerships and now owns 13 locations in 5 different states. 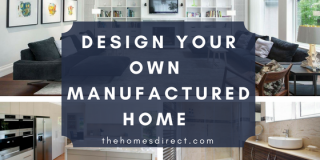 Design Your Own Custom Mobile Home 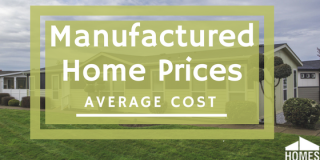 Average Cost of a Manufactured Home in 2022